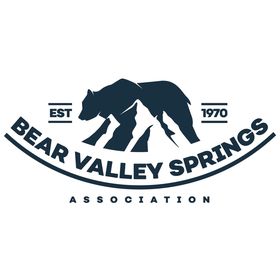 The History of Bear Valley Springs

While the nation had pushed to the western coast, the land the Fickert family settled in 1869 was still isolated and remote...a rich, virtually hidden valley, now known as Bear Valley Springs. For centuries, it had been the untamed realm of the American Indian. Over the years, after purchasing squatter's rights to 160 acres, the Fickerts expanded their holdings until, by the 1900's their ranch encompassed a vast region, approximately 25,000 acres.

By 1959, the last of the immediate Fickert family were gone, joining their kin who had gone before in the tiny family cemetery just up the hill from the main house. A quiet rural dynasty was ended. After long negotiations Dart Resorts purchased the ranch, in its entirety, from the Fickert heirs. An outstanding ecological organization, Resource Ecology Associates, was employed by Dart to plan and maintain the original natural value of the property, including wildlife. Bear Valley Springs was born.

The original concept was a second home destination resort where families could come to spend a weekend or longer and have a complete amenities package. As the uniqueness of Bear Valley Springs became apparent, many families moved here permanently, some retired and some to raise their families. The concept slowly changed from second homes to full time residents. In these changing, clamorous times, the historic legacy of the Fickert family lives on.

Stay on top of the latest news, events, dinner specials, and more
Subscribe
Subscribe to eBuzz
Thank you! Your submission has been received!
Oops! Something went wrong while submitting the form.